Fight for Love, Fight for Rights: From the Stonewall Riots to our Facebook Walls

The Stonewall Inn is considered the birthplace of the modern Gay Rights movement. On June 28, 1969, the regular patrons of the establishment fought against the harassment they were getting from the police department. It was said that this was the first time in history that LGBTs fought back against the authorities which ended up in a riot more popularly known as the Stonewall Riots. 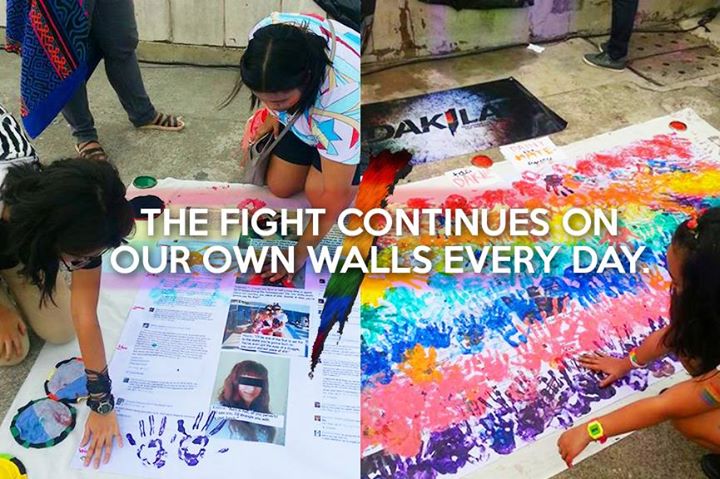 This incident sparked the movement and paved the way for the members of the LGBT community to fight for their rights. The Stonewall Riots is a reminder for the LGBT community that we should not be afraid to speak up for our rights. We should be firm in making our voices heard. As we commemorate the historic Stonewall uprising, let us recognize how far the movement has come and how far we still are from achieving ultimate acceptance.

There are many faces of discrimination – some as simple and subtle as a hate comment on your Facebook newsfeed. Some we can shrug off our shoulders to and just ignore. Some set us off making us reply to them, ending up in an endless rollercoaster of Bible verses versus Bible verses, of clashes between ideals and the norms. It is not easy to speak up online when it means exposing your identity and making yourself more susceptible to hate comments and public shaming. Nowadays, simply posting your photo with your partner or a status saying you’re out and proud can generate hate comments at the very least, and sometimes even memes of yourself being referred to as the devil.

Yesterday, Dakila headed a live mural painting at the Metro Manila Pride March. We compiled hate comments towards LGBTs from news articles and posts online and used them as background. We invited people from the march to cover the comments with hand prints in rainbow colors. It did not take long before the mural was filled with hand prints that you cannot read the hate comments anymore.

The overwhelming support from the people who participated was heartwarming and we, at Dakila, hope that this support against hate will be manifested not only in fun activities such as this. We hope that the people’s willingness to take part in a collective action against hate continues not only in mural paintings or online but in our everyday lives.

This year’s pride march has undoubtedly reached a great number of people – both friends and haters. And in the same way that we support fighting for love, we believe that the greater struggles of LGBTs do not lie solely in the fight for love, but in the fight for rights. This fight is more than just a fight for same sex couples to be recognized by the state or the church, this is a fight for healthcare benefits, for adoption benefits. This is a fight for the right to be called a family.

The fight did not end at Stonewall. The fight continues on our own walls every day. But we know better than to deactivate our accounts and live in hiding. Today, we remember the 46th anniversary of Stonewall Riots and we recognize these 46 individuals who were brave enough to shout to the world their identity.

Let us never be afraid to come out, to be proud about who we are and who we love. Let us not be afraid to embrace the world, and know that one day, the world would be willing to embrace us all - just the way we are.